Information about tours and detailed agenda will be published soon.

Fam trips are specially planned for travel agents, which allow them to learn personally and get detailed understanding about the product of the travel agency.

TicketGroup Company is an event travel agency. We mainly offer tours with attending of the UEFA Champions League matches, the FIFA World Cup matches, Summer and Winter Olympic Games, the IIHF World Championship matches, all Grands Prix of the FIA Formula One World Championship, as well as tennis tournaments such as Wimbledon, Roland Garros, US Open and so on. Taking part in our fan trips, you will learn more about our services such as excursions, hotels, restaurants and so on. You will also get a unique opportunity to visit the biggest and the most famous sport facilities in the world such as the “Camp Nou” stadium in Barcelona, where FC Barcelona trains and plays, and the Santiago Bernabeu stadium in Madrid, the home stadium of the royal "Real".

To fathom the spirit of the country or the city is only possible if you completely immerse into their atmosphere and try it taste. All of it can happen if you take part in our fam trips. Spain, Great Britain and France are only the beginning. We wish you pleasant and fascinating discoveries!

In the capital of Great Britain, you can visit home stadium of FC "Arsenal" called "Emirates”, the Stamford Bridge of FC “Chelsea”. As well, you will call in to the national stadium called “Wembley”, where a national football team and “Tottenham Hotspur” FC have their trainings; it is not only a sport ground with magnificent architecture and amazing energetics, but also a concert ground. In Paris, we will get inside Roland Garros courts; have a glass of champagne on Eiffel tower and it is not all in the list!

TicketGroup fam trips are fascinating and interesting form of learning about our product and services in different countries. During the tour, you can figure out all the details about the service level and hotel facilities, offered in standard sport tours by yourself. In addition, you will also have obligatory excursions to sports facilities of the city, where you will learn about the difference between categories and will see theirs locations. On Wimbledon courts, you will understand what debenture seats are and why there are so popular among spectaculars, as well as you will get the first and central courts differences.

We will help you to get inside “Camp Nou” stadium in Barcelona and “Santiago Bernabeu” stadium in Madrid to look at spectator tribunes as well as lodges and skyboxes that we usually offer at VIP package called “Hospitality”. You will also call in to the locker rooms, where famous football players getting ready before the matches. We are not going to tell you all secrets right now as we will be more than happy to introduce you all of that and even more during the fan trips. Let us be your guides and we will open a new fascinating world of event tourism for you!

If you want to book an fam trips, please send us e-mail to info@ticket-sport.ru 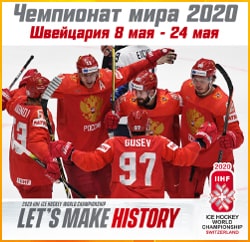